I don’t know about you, but a visit to Paris is always good for the soul. But like any city, visiting with children, requires a little more thought. So I was delighted when mother of two, Kath Ginn, agreed to share her 5 top tips for a Paris break with young children with Your Holiday Planner readers… 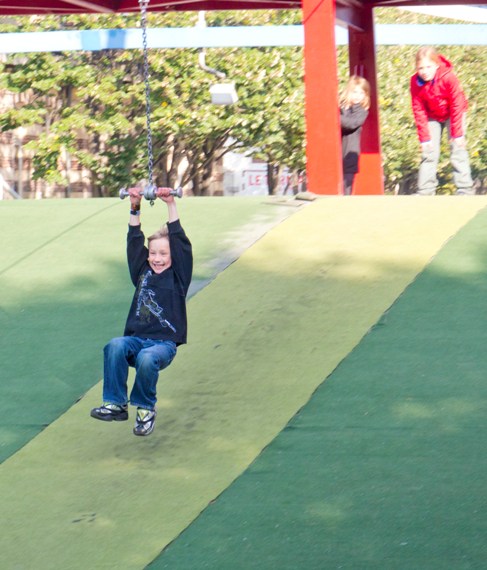 I had been itching to take the children to Paris. I know the city well; I used to live there and we’d visited loads of times as a couple. But children and Paris?  My husband thought my half term plan was madness, but actually we had a fabulous time. Here are my 5 top tips for Paris with children:

Stay in an apartment

Compared to hotels, the advantages of a self catering apartment for a family are numerous. No separate hotel rooms to contend with, we had loads of space, we could get up, shower, breakfast and play (all at the same time!) and we had a place to eat in when the kids were too exhausted for a restaurant meal.

Don’t try to do too much

We identified one key thing to do for each half day (or day) as well as a few rest points and then went with the flow. Going with the flow is pretty easy inParis; there’s always an open cafe nearby, bistrot food is mostly good and of course, there’s a plentiful supply of croque monsieur and chips!

Make an adventure of getting around

We made the daily travel part of the adventure. Sometimes we walked a little to avoid being underground too long. That enabled us to use neighbourhood playparks that we would have otherwise missed.  When we walked about a mile underground at Chatelet-Les-Halles we made a game out of how many ticket barriers we went through before getting to the platform.  Taking the bus meant we saw the Louvre, Place de la Concorde and got a ride along the river. (Tip: Avoid queues by buying ‘un carnet’  forParispublic transport – one for the grown ups and one for the kids. Un carnet is a pile of 10 tickets.  The saving isn’t huge, but the convenience is).

We did our research on child-friendly destinations, without giving in to the temptation of the waterpark or the aquarium (although they did look fantastic!). One highlight was taking the kids to a magic show at Metamorphosis. It was mainly in French, but levitating looks the same in any language!

Avoid queues with some pre-holiday planning

The queues for the Eiffel Tower can dampen anyone’s spirits, especially with kids in tow, so we booked on-line in advance. We also reserved seats for the magic show. As it turned out, there was no need, but it meant we could turn up just minutes before the show started, safe in the knowledge that the children would not be disappointed.

Kath Ginn is a mother of two and owner of nanny agency, Independence Childcare. You can read her full post on Paris with children on the Indiechildcare blog.

Looking for a special place to stay in Paris? You might be interested in: REVIEW: Quiet, but centrally located boutique hotel in the heart of Paris: Hotel Arès Tour Eiffel, Paris.