“The International Olympic Committee has the honour of announcing that the Games of the 30th Olympiad in 2012 are awarded to the city of…LONDON.” 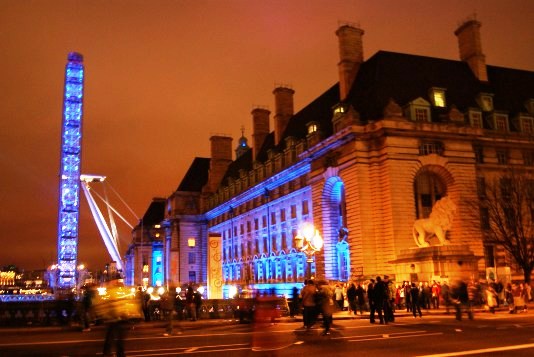 Hearing these words as the New Year’s Eve fireworks to see in 2012 were launched was as exhilarating as when Londoners first heard them in July 2005. There was no denying that Olympic year had arrived when we saw the shape and colours of the Olympic rings light up the sky above the London Eye.

Moments before, fireworks had shot out of Big Ben for the first time as the bell chimed at midnight to usher in the New Year. Not since Guy Fawkes had anyone attempted to fire something from Parliament. It was completely unexpected and everyone on Westminster Bridge, screamed with delight and approval.

It wasn’t the only surprise of this year’s firework display. Above the noise of the explosions, we could hear music – for some reason Vangelis’s Chariots of Fire sticks in my mind – then the display was paused for a moment (intentionally), before finishing on a deafening crescendo of sound and colour.

Expectations had been high for a firework display that would do the capital justice in this special year, a year that would see London host the Olympic Games and celebrate the Queen’s Diamond Jubilee. The estimated 250,000 people who watched the 11 minute display from Embankment along the Thames, were not disappointed. 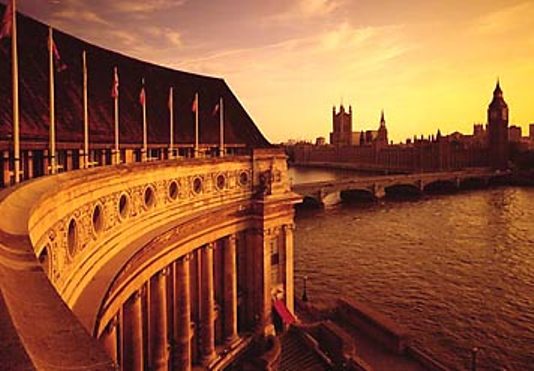 Once again, Your Holiday Planner chose the London Marriott Hotel, County Hall, as the base for the New Year celebrations. It’s perfect for families and couples looking for an easy, but extra special way to enjoy the fireworks and all that the hotel and its prime location has to offer, especially if joining the crowds on Victoria Embankment or Westminster Bridge for hours on end may not be your idea of fun.

The hotel has 200 rooms over 6 floors so there’s plenty of opportunity for a river view room. However, you need to be outside to savour and truly appreciate the atmosphere. This year, hotel residents were not able to access the private viewing terrace on the South Bank, but the guaranteed spot on Westminster Bridge worked just as well. The bridge is closed off to the public once the stipulated capacity is reached so there’s plenty of room… and being able to walk on to the bridge just before midnight was a real bonus.

New Year’s Eve is always going to be a busy time for hotel staff. Despite the pressures that this must bring, the service at the Marriott was again outstanding, with staff friendly, attentive and helpful in equal measure. (See the full review from January 2011 at REVIEW: Best family friendly accommodation for London’s New Year’s Eve fireworks: London Marriott Hotel, County Hall).

It’s never too early to start planning next New Year’s Eve. If you would like help and advice, please contact Ching at Your Holiday Planner. Or share your New Year’s Eve experiences with us!