Chiang Mai has long been a cultural capital in Northern Thailand, boasting a walled city and more than 300 temples. For modern day visitors, Chiang Mai offers a fantastic combination of both modern (chic, boutique hotels and trendy bars and restaurants) and old.

Your Holiday Planner was delighted to receive this account of a recent family holiday in Chiang Mai, which shows Chiang Mai as a fantastic family friendly destination.

My family and I visited Chiang Mai at the end of February and had an absolutely fantastic time. The two weeks that we spent there was enough, but equally, we could have stayed longer. 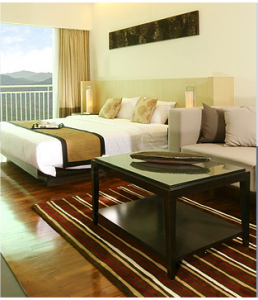 We stayed at the Kantary Hills Hotel on a road off Nimmanhaemin Road. The area was a main student area that had a good selection of clothes shops, cafés and a very friendly atmosphere. We found a really nice coffee shop called DoiChang. The food was fine to eat, just off little food stalls, as long as you could see it being cooked.

The Kantary Hills Hotel was very clean, the staff were nice and it seemed to have a very peaceful atmosphere. The facilities included: a swimming pool with sunbeds, sauna, steam room, gym and lots more.

We visited the Mausea Elephant Camp which was 45 mins from the hotel. 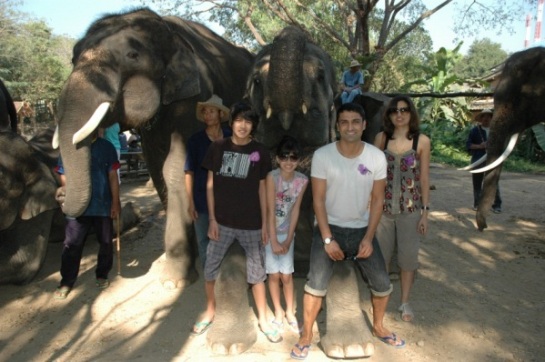 On the way, we stopped off at an Orchid Farm, which was extremely picturesque. The guides there taught you how they grew and we found this very fascinating. 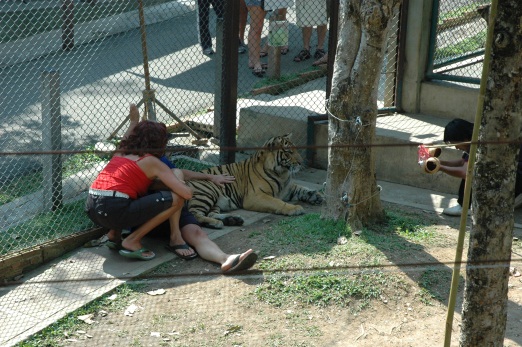 We also went to a tiger sanctuary which we thought was a little cruel, as you pay to go and stroke the tigers and they have to put up with all sorts of smelly tourists fondling them.

In the sanctuary reception they had a fish tank where you could put your feet into the water and they ate all your hard skin.

We visited lots of night markets. These were amazing, especially the Sunday night market, with some really nice creative items for sale. We found a really good seafood restaurant called Ping Ping.

Here are the Temples we visited which are a short ride on the tuktuks. An average ride is about 100 Baht (£2). 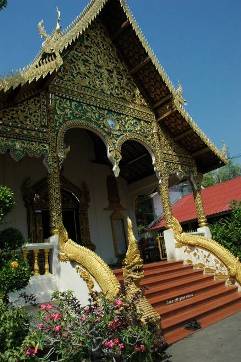 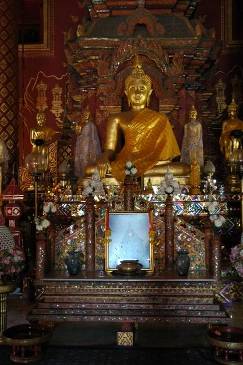 Our main fun was had around meal times, as we were roughly paying around £12 for a family of 4 to eat. This was for a lot of food, between 5-6 dishes, which was delicious. It would not make any sense for anybody to go to a hotel that offers full board in Thailand. 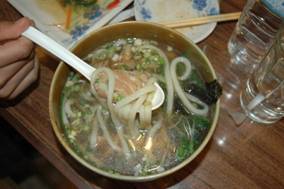 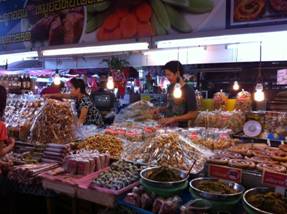 We also did a day’s cooking course, which consisted of going to the food market in the morning to get the produce, and then the rest of the day was spent cooking. We each had to prepare about 6 dishes. The owners are very nice and kids are very welcome. Here’s the place: http://www.siamricethaicookery.com/. 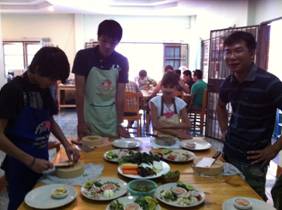 We found one really good Japanese restaurant on the Nimmanhaemin Road. One was called Genki Ramen. There were a lot of cheap food stalls; our favourite was a pork satay one on the Kantary Terrace.  We ate at a good pizza place when we got a bit bored of Thai food (!) called Rustica.